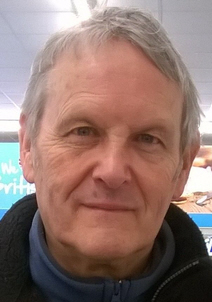 Born in Handcross, Sussex in 1942, Ron attended Collyer’s Grammar School at Horsham before joining Lloyds Bank in Crawley. After switching to Barclays Bank DCO he worked in London, Northern Rhodesia, Zambia, Nigeria and the Bahamas. Following a move to the Trust Corporation of the Bahamas in Nassau he returned to the UK to enjoy a career in banking and organisation and methods with National Westminster Bank and the Trustee Savings Bank as well as setting up a family business running a residential home for the elderly in Shropshire. He subsequently held various jobs including debt counselling and business consultancy and spent 5 years with the government at Business Link assisting small businesses to survive and grow.

A keen researcher of cameras and images, Ron was the founder member of the Photographic Collectors Club of Great Britain in 1977.

Ron currently spends all of his retirement time managing the Victorian Image Collection and researching into Victorian cartes de visite and cabinet cards. The collection currently holds well over 100,000 Victorian/Edwardian photographs, over 10,000 of which were dated at the time that they were taken.

Ron has written many articles on cartes de visite and on dating photographs and has had them published in specialist magazines. Some are available on this website at Free Downloads.

Additionally, projects have involved providing Victorian photographs and related information for many published books, magazine articles, TV programmes and company advertisements including images for the BBC  series ‘Who Do You Think You Are?’ – the Fiona Bruce story.

Publications contributed to and/or mentioned in