Why So Few Negatives or Records Survive

In the 1860’s photographers often printed on their CDV ‘Negatives held… prints available…’ or similar wording – yet little of these survive now.

The problem was that glass weighs a lot and when you shoot several thousand negatives a year, that adds up to a large tonnage. There were even some notes in the early RPS journal of studio buildings collapsing under the weight, when photographers stored their negatives in the attic.

When studios were sold or changed hands, the new photographers would often advertise prints for sale from the previous photographer’s negatives, but after a year or so, they would then know what negatives sold and what did not and they tended to cull those that did not sell.

Also, during the wet plate era, the glass was a valuable commodity as any old emulsion could be cleaned off and the glass reused.

It was standard studio procedure from 1900 on to cull negative files every five or so years, throwing out old negatives taken at least five or more years earlier… thus in say 1905 they would throw out the 1900 negatives – unless they were of prominent people or provided recurring sales (views and scenes and newsworthy shots) where the photographer would have the ability to make more money from them over time.

Most photographers from the 1900s were very commercially motivated. If it did not make money, then it was not kept.

Storage costs relating to things not making money made them expensive to hold and, with space at a premium at city rents by that era, something often had to give.

When I started in a studio in 1971 we had a massive cull. We hired an eight ton truck and filled it three quarters full… and did it a few times while I worked there. Other studios in that same era did likewise. I managed to save only a small fraction (still a few tons out of hundreds of tons) from a few studios who threw out old negatives. The main and great destruction of photographic images happened during WW1, during the great depression and then again in WW2.

During WW1 (silver shortages were caused by the war as Germany was the main source of photographic silver before 1914) and during WW2 almost all silver was devoted to military purposes. Silver soldering of electronics was the main priority, then came reconnaissance film and, in WW2, X-Ray films.

Film available for photo studios was highly rationed, even if available, and well noted and established studios were often rationed to less than half their pre-war film quotas. Those studios that had not started at least a year before the war were not allowed any film at all !!!  The black market was rife. My father only managed to take photos during WW2 by using ends of unexposed film snippets of aerial reconnaissance films (76 Squadron RAAF) – loading single pieces into the camera in the darkroom, and so on.

To get as much silver as possible for the war, Kodak and other photo emulsion makers would buy back old negatives for ‘melting down’. There are still companies now that buy X-ray negatives to recover the silver as it is very recoverable compared to steel & aluminium.

But selling of negative files hit a high point during the great depression, when photographers found that the old negatives were about all they could sell for their silver content, and almost no customers could afford to buy reprints anyway.

I have hundred of great stories about that era, and many have been published. One owner of a silver recovery firm in the great depression in America published his story in the 1960’s where he remembers buying negatives of Abraham Lincoln and other Civil War negative files to melt down!

Despite old CDV’s often having the note that ‘Negatives were preserved’, such a small percentage of images have survived that it is impossible to calculate how small. Some studios which had articles published about them in the 1890’s give statistics that they were taking up to 30,000 portraits per year (Tuttle Studios, Sydney, 1897) and there were several similar large studios in the same city in that era. It would be impossible to guess how many negatives all the portrait studios in London or New York would have been taking per year … astronomical. In ONE state of America in 1855 alone, over 500,000 daguerreotypes were taken! Thanks to whoever kept the statistics – great information in hindsight, but what happened to all the images? Such a sad loss of history. Poul C. Poulsen held a record of over 400 studio portraits in one day in the mid 1880’s (ref. Aldines History of Queensland), Charles Bayliss boasted in his advertising, that he had photographed EVERY house between Melbourne and Sydney and an enterprising Melbourne photographer made the newspapers when he had taken over 300 kiddie’s portraits in one day in the 1900’s. Such statistics are common in that era.

My collection contains 11 negative collections. The largest, 50,000 negatives from Dorothy Coleman Studios, was still only five years of her work and even then hundreds of thousands of her negatives could not be saved.

Culling was often done without any mercy or thought… and worse happened in some deceased photographers’ estates. When one of Australia’s most famous early photographers died, Lindt, his elderly sisters deliberately smashed all his beautiful glass negatives so that no one else could make money from his work – very spiteful.

This does not mean to say that there have not been a few ‘saves’ such as mine, but these are so few that the entire number of ‘studio registers’ (also known as Day Books) saved WORLD WIDE, can still be counted on one hand! 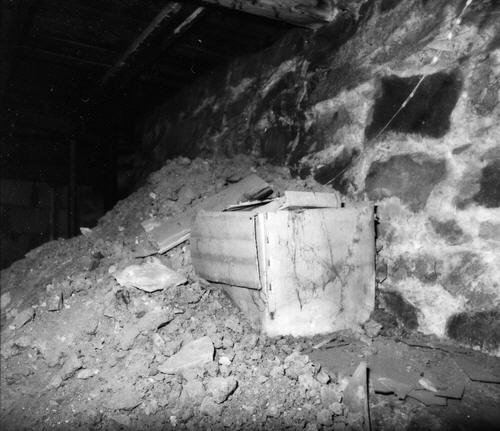 Whilst talking to the last owner of an old Queensland country studio, I found that he had not completely investigated the studio for remnants of history so, armed with the knowledge of how old photographers worked and thought, I took a torch from my car and crawled under the old building. We were both shocked to find several tons of old glass negatives and, although the most were beyond salvaging, many thousands were saved. 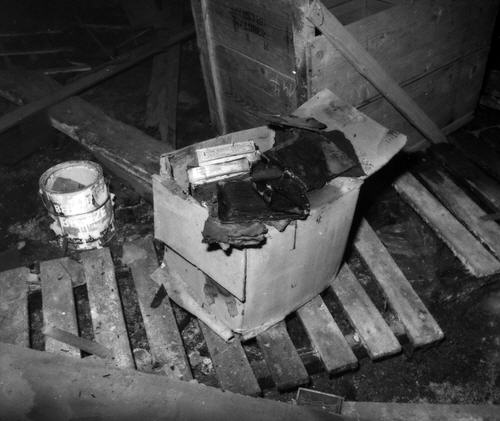 The lesson is that photographers hid their negatives in many inconceivable places – under floor boards, between rafter in attics and even, in one case, walled up (the studio building was being demolished and the owner did not mind me investigating with a crow bar why an 1860’s building of the “exo-skeletal’ style had one double sided wall inside). Just because a room may appear to be empty, does not mean that there aren’t things hidden from view. Research must always be thorough. 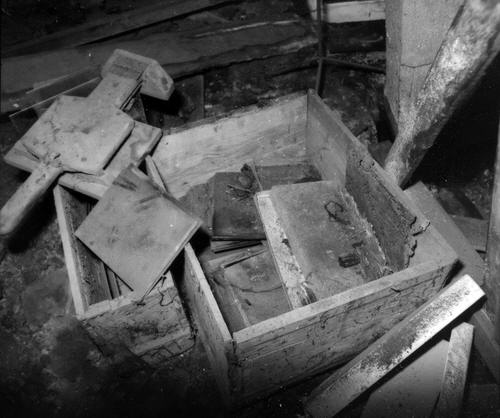 The above reasons for loss of negatives also apply to ‘Studio Registers’ (the log book listing customers’ names and the negative numbers etc.) and also any studio data files such as card files etc. as, when the negatives went out, so did any files associated with them. Also photo files such as old newspaper photo files, etc.

So even if you have a negative number, the chances of finding out whose photo it was is just as impossible as finding the negative or the records.

I received a phone call one day in the studio, to ‘Come quick, as they were crushing tons of glass negatives under a tractor at the tip…’  When I asked, where the ‘tip’ was, it turned out to be in far North Queensland – even if I had jumped on a jet that instant, I could not have got there in time to save anything. It is a pity that warnings are not given in time. Hindsight would be a marvellous thing if we could harness it.

It is really regrettable that many institutions still practice culling even to this day.