-aka George MacKenzie (Junior) from about 1882

George McKenzie junior must have worked in his father’s photography business in Paisley and probably ran the studio whilst his father, George senior was in Edinburgh in the early 1880s.

He worked again with his father in Paisley after his father’s return from Edinburgh and both men had their own personalised carte de visite photograph mounts.

He opened his own studio in Innellan, Argylshire in 1882 and stayed there until 1885 when he moved back to the Gilmour Street studio in Paisley.

Little is known about his early life other than his father, George senior, was a photographer for most of that time.

By 1880, George Carlyle McKenzie was born. Family folklore says that Carlyle went off to live in India and never returned. The family lost contact with him. This may be the case because no information about him has yet been found.

In October 1881, Janet Fergus McKenzie was born at Innellan, Parish of Dunoon, Scotland. Janet later married Robert Sutherland Cooke and died in 1958 in Biggar, Lanarkshire, Scotland. Janet and Robert Cooke never had any children. He was in the army (he won an OBE).

George McKenzie junior had a studio in Innellan and advertised from 1882 until 1885 although it would appear that he was in Innellan a year earlier than that. 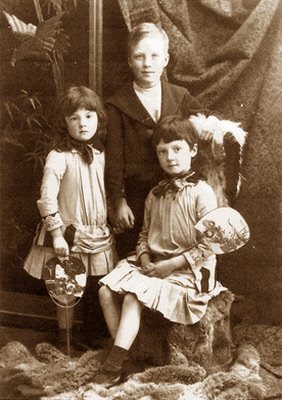 In 1883 Florence Nightingale McKenzie (MacKenzie) was born in Glasgow, Scotland. She married John Candlish, in Glasgow in 1904 and the whole Candlish family emigrated to Vancouver, British Columbia in Canada in 1912 (not on the Titanic fortunately). The Candlish family was from Bridge of Weir and John’s mother died in 1889 whilst giving birth to her 12th child. Once in Vancouver, Florence needed to work as her husband wasn’t well so she began a photography business with a partner, a Mr. Aird. She worked many years in this downtown business called ‘King Studio’. She did all of the retouching, colouring, etc. and Mr. Aird took the pictures. She was still doing retouching at home, well into her eighties, for Campbell Studios. Florence had two children, Jeannie and Hunter and lived with her daughter’s family from 1937 when Jeanne had twins. Florence died in Vancouver in 1974.

In 1884, Ralph Waldo Emerson McKenzie (Mackenzie) was born in Houston, Scotland. He married Grace Sinclair Teasdale in Glasgow in 1921 and died in Glasgow in 1938. Ralph died rather young. However, he had three sons, Alexander (1922) Laurence (1924) and Ralph junior (1928). Alexander became a medical doctor but died in 1979, Laurence played pro football for Sheffield Wednesday. One of his children, Malcolm MacKenzie, is a professional golfer and won the French Open in 2002. Ralph became a physical education teacher and lives in Aberdeen.

By 1886, George junior appears to have re-joined his father in the Paisley studio and stayed there until 1888. 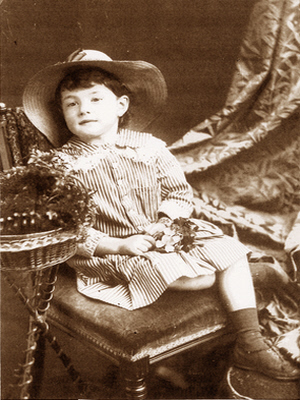 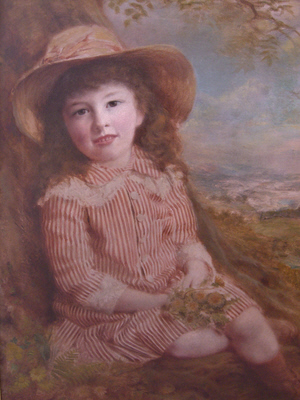 Painting by George McKenzie junior based on the photograph above

In 1887, John Ruskin McKenzie (MacKenzie) was born. He was eventually invalided from Mesopotamia and died in Netley Military Hospital in England in 1921. John never had any children.

By 1889, George junior had opened a studio in Bridge of Weir, Renfrewshire and the 1891 census shows George and Jeanie living at Kaine Hill, Kilbarchan with five children. George was listed as a photographer artist. The census address would have been ideal for working at the Bridge of Weir studio.

A great many in Paisley and the West of Scotland will be sorry to learn of the death of Mr. George Mackenzie, Jun. on April 16, 1894, the eldest son of our townsman Mr. George Mackenzie, photographic artist.  He caught a chill last week while returning from Lady Anne Speirs’s at Houston House, where he had been to put the finishing touches to a picture for Lady Speirs, and died on Monday forenoon.  His earliest years were spent in Paisley and Langbank, where his leanings towards art were speedily developed.  He was a successful student at the School of Art here, and for some years combined photography with painting, which promised a brilliant future.  Business exigencies, however, transpired which prevented, or rather frustrated, the  young artist’s intentions, and his art work for the past ten years was carried on under trying difficulties.  His pictures, finished or uncompleted, are indicative of one who understood Nature’s finest moments.  Although he exhibited at the Royal Scottish Academy, he was chary to show, even to his nearest friends, these transcripts which more distinctly proved him to be the painter of nature.  In portrait painting, too, he, so to speak, threw his whole soul into the art;  his too few canvasses, alas, indicating how faithfully he could delineate the features of those favored with sittings.  He was an ardent student of literature –Carlyle, Ruskin, and Goethe, being his favourite authors.  Mr. Mackenzie, who leaves a widow and four children, for the past few years had identified himself with photographic work at Bridge-of-Weir. (as transcribed by Linda Walker).