Joseph was a photographer in the English Lake District between about 1891 and 1929, and maybe a little later. As well as having a studio at Grisdale Bridge, Patterdale in Westmoreland he travelled all over the Lake District taking topographical photographs and he published them as postcards.

Joseph Lowe was born in 1865 in Rusholme, Lancashire and in 1871, at the age of 5, he was living in Rusholme with his father and mother and six brothers and sisters at 4 Platt View. He was recorded as a scholar.

By 1881, at 15, he was working as a warehouseman and he was still living at home with his family at 106 Wimslow Road, Rusholme. His father Thomas was a baker.

In 1891, at the age of 26, Joseph Lowe was living at Grisdale Bridge, Patterdale in the English Lake District. A delightful picture of Patterdale is shown below. 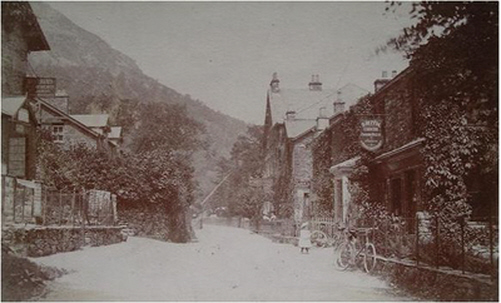 The 1891 census lists him as an artist and photographer and landscape painter. He had not started to advertise a studio at that time so maybe he worked from home and travelled around taking pictures of the countryside and quite possibly visiting people at their homes to take their portraits.

In 1901, Joseph, still a single man, was still living at Grisdale Bridge, Patterdale and is listed in the census as a landscape photographer. By this time Joseph will have been taking pictures of the local countryside and selling them to the public. 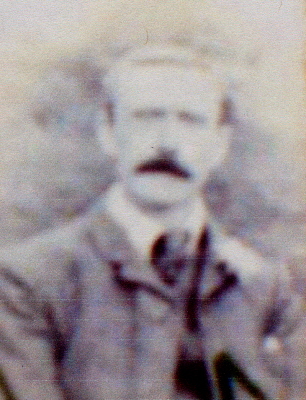 It was probably around this time that Joseph started to produce his landscapes in postcard format for sale to the public as picture postcards were becoming very popular.

In the census in1911, Joseph was still at Deepdale Bridge and was still listed as a landscape photographer.

As well as being a prolific photographer, Joseph also took an active interest in the village activities and was involved in some role or another in athletics, cricket, football and rifle shooting.

It was not until 1925, when he was 60 years old, that Joseph advertised his studio in trade directories. His studio was at his home in Yew Tree Cottage at Deepdale Bridge. Maybe his travelling activities had diminished by that stage in his life. 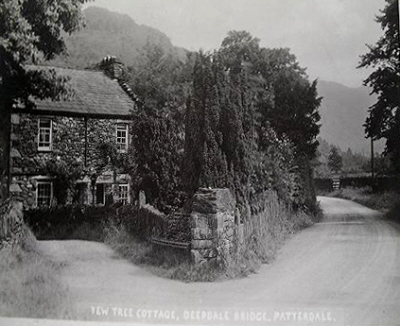 Because of his extensive knowledge Joseph gave lectures and talks about the Lake District.

He continued to advertise until 1929 but may well have continued with his studio for a few years after that as his obituary says that he died only after a short illness of about a month.

Joseph Lowe died in 1934 and is buried in Patterdale churchyard.

His wife Jessie continued to make and sell postcards after her husband’s death.

Obituary report in a local newspaper in 1934

Died – 2 February 1934 and is buried in Patterdale churchyard

Examples of Joseph’s photography are shown below.

Further examples are welcome. If you can help, please Contact Us.