Frank Albert Wreford Richards worked as a photographer from two different studio addresses in Dawlish from 1897 until 1923.

Frank Albert Wreford Richards was born on the 22nd of July 1869 in Dawlish, Devon and was subsequently baptised at St. Gregory’s Parish Church.

In 1866, his parents, Francis Bealey Richards and Eliza Wreford were married at Exeter Registry Office at the ages of 23 and 21 respectively and, at the time that Frank was born, were living in Chapel Street in Dawlish.

The 1871 census shows them in Chapel Street again and Francis Bealey Richards (wrongly listed as Thomas B Richards) is still listed as a bootmaker, living with his wife Eliza and employing a boy ( probably his 19 year old brother George Richards).

In 1874 Frank had a little called brother Harold Frederick Richards and the family had moved to Queens Street, Dawlish. Harold was baptised at St. Gregory’s Parish Church on the 17th of February 1875. Harold Frederick Richards later took up photography as a living in Oxford sometime before 1901 and later advertised his own studio in New Hinksey in Oxfordshire in 1911.

In 1878 Whites Directory shows Francis Bealey Richards as a bootmaker at 17 Queens Street, Dawlish and in the same year Frank’s sister, Eliza Wreford Richards, was born on the 5th October.   Tragically, her mother Eliza, at the age of 29, died during childbirth.  Her death certificate states the cause of death as ‘Labour with adherent placenta and flooding!’.  Eliza was buried in the churchyard of St. Thomas of Canterbury, Thorverton, Devon where Francis Bealey Richards came from before moving to Dawlish.

In 1879 another family tragedy occurred as Frank’s sister Eliza died at 40 Old Town Street, Dawlish. She was aged just 1 year old and her death certificate shows the cause of death as ‘Chronic hydrocephalus atrophy’.  Her father, Francis Bealey Richards was present at her death.

In 1881 Francis Bealey Richards married again, this time to Rachel Ellen Taylor from Sidmouth. The ceremony took place at the Parish Church, St. James, Exeter on the 27th of March 1881.

In 1882, on the 26th of May, Frank’s half sister – Rachel Ellen Agnes Richards – was born. By then the family were at Queens Street, Dawlish.

The 1891 census lists the family address as 178 Warren Road, Dawlish. Francis, aged 45, is shown as a head shoemaker and living with his wife Rachel E Richards, now 44, his son Harold F Richards, aged 16 and his daughter Agnes R Richards, a scholar aged 8. Frank Albert Wreford Richards has not yet been found on the census for 1891. Has he left home? 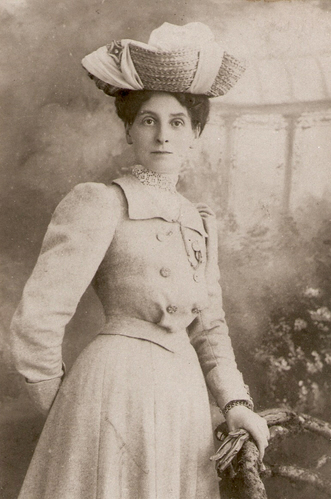 Not long afterwards, on the 5th of April 1894, Frank George Wreford Richards was born at 10a Iddesleigh Terrace, Dawlish.

In 1897, Kelly’s Directory shows Frank as a photographer and his address as still being at 10a Iddesleigh Terrace, Dawlish. This is the first time that Frank is mentioned as a photographer. He advertised that studio until 1923. 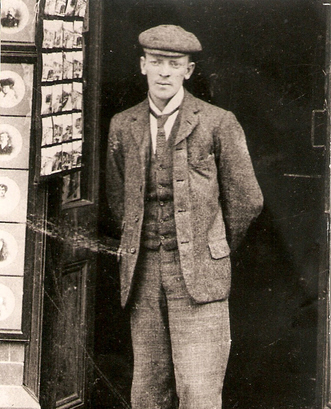 Both the 1902 and the 1910 Kelly’s Directories indicate that Frank is still living at 10a Iddesleigh Terrace.

Frank opened a second studio in the High Street in Dawlish and advertised it, concurrently with his home address studio, from 1913 to 1921. The studio appears to have been closed as no record can be found of it being taken over by another photographer.

By, 1923, Frank stopped advertising his studio at 10a Iddesleigh Terrace; possibly because of ill health?

On the 7th of September 1924, Frank, who was described as a Master Photographer and residing at Iddesleigh Terrace, died in Dawlish at the young age of just 55. He died of ‘Chronic Otorrhoca cerebral abscess’ and Frank George, his son, was present at his death.

Obituary in the Dawlish Gazette 1924

Frank’s son, Frank George Wreford Richards, at the age of 22, married Olive Gertrude Betteridge from Box near Bath at St. Gregory’s Parish Church in Dawlish on the 23rd of September 1916 – right in the middle of WW1.

They had 2 children, Joan and John. Frank George is the grandfather, and Joan is the mother, of Sue Wood who provided most of the family history above.

Examples of Frank’s photographs from the Victorian Image Collection