Thomas opened his first studio in Worcester in 1856. At different times, he operated at five studios in Worcester and three in Malvern under his own name and the business continued under the name of Bennett & Son and Bennett & Sons until at least 1916.

Thomas Bennett was born in Ely, Cambridgeshire in 1824, the son of Thomas Bennett senior, a schoolteacher, and his wife Harriett. Thomas senior was Lay Clerk and Master of the Choristers at Kings College Choir, Cambridge from about 1800 until Sept 1805.

Thomas junior was a member of the Ely Cathedral Choir Boys from 1833 to 1840.

In 1841, at the age of 17, he was learning his trade as a painter’s apprentice in residence with Frederick Hills at St Andrews Hill, Cambridge

Thomas and Elizabeth had three children whilst living in Cambridge, Elizabeth Harriett (b. 1852), Thomas Jewell (not to be confused with his uncle’s son and namesake, Sir Thomas Jewell Bennett – 1852-1925) and William Sterndale born in 1855. Shortly afterwards the family moved to Worcester.

In 1856, Thomas founded their photographic business at 46 Foregate Street.

In 1866 Thomas Bennett advertised in The Worcestershire Chronicle on 12 September that he was selling photographs of the late Sir Charles Hastings. His studio address at that time was 46 Foregate Street, Worcester (see the advert below kindly provided by Dave Bennett). 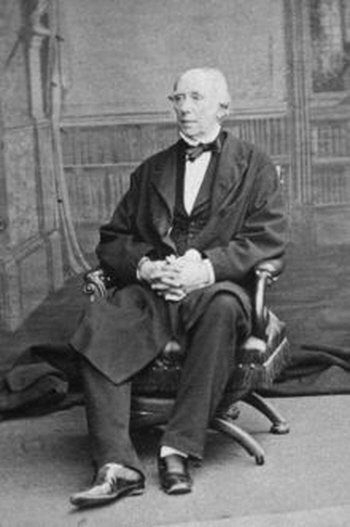 In 1868 Thomas opened an additional studio at 2 Priory Mount, Worcester which remained open until 1885.

Also in 1868 the business was expanded to nearby Malvern and operated at three different addresses in that town until 1914.

By 1876 he had moved from 46 Foregate to both 9 Foregate Street and Pierpoint Street and by 1880 he closed both studios and moved again to 8 Broad Street where the business remained in various guises until at least 1916.

Later, three sons and two daughters became involved in all aspects of the business and Emily looked after the book-keeping.

This proved to be a sound policy as upon his death in 1877 Elizabeth took over the running of the business and in 1881 and 1891 was listed as a photographer. On her death in May 1899, at the age of 72, it fell to Thomas Jewell to carry on, ably assisted by his brothers and sisters.

Their clientele included many important people of the day including Their Royal Highnesses the Prince and Princess of Wales. 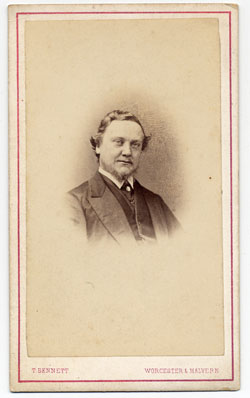 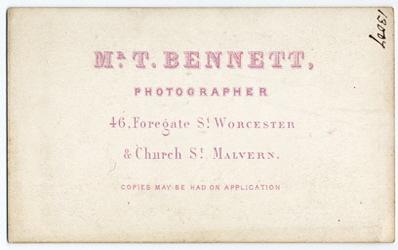