Established in or by 1881. Charles advertised in his own name until 1919. The business eventually became Smyth & Sons. It was sold to Wrates, a local firm, in the 1930s.

Studios were operated at Skegness and Wainfleet and possibly Chapel Saint Leonards.

Charles Sheppard Smyth was born in Aldeburgh in Suffolk in 1846 the son of carpenter Charles Smyth and Elizabeth.

In 1861, at the age of 15, he was living at Back Street, Aldeburgh and working as an apprentice (possibly as a joiner).

Later, Charles went to Alford in Lincolnshire and lived next door to John Starbuck and family, who was an early Lincolnshire photographer and who also originated from Suffolk. By the winter of 1870, Charles was learning about photography.

In 1870, at the age of 25 Charles married Emma Starbuck in Holbeach, Lincolnshire. Emma was one of John Starbuck’s daughters. She was born in 1845 and originally came from Conningsby in Lincolnshire; she was a year older than Charles.

In 1871, the census shows Emma Starbuck was a registered photographer by trade and Charles was a joiner. The census also shows that the next door neighbours were photographers called Starbuck. Emma came from this family and had obviously taken her trade from her father. It is likely that Charles learnt his new found photography skills from both John Starbuck and his daughter Emma.

In 1881, Charles (age 35) and Emma (age 37) were living at 6 Barkham Street, Northolme, Lincolnshire and both were listed as photographers.

Charles is registered as the postmaster of the Post Office, West Street, Alford, Lincolnshire in 1885 and was also the vestry clerk.

Charles and Emma established a good photography partnership within their marriage, unusual for the times, and set up various businesses in Skegness and Wainfleet – and possibly in Chapel Saint Leonards (still to be confirmed), all in Lincolnshire.

They were the first photographers in Skegness. Their original studio was in the High Street and then it was moved to 15 Lumley Road.

By 1896, the main studio was at 32 Lumley Road where the family lived and had a shop until a house was purchased in Algaitha Road. The house was named Aldeburgh after the town in Suffolk where Charles originated from and is called that to this day – 2009 (it is now a solicitors business).

Charles’ studio was very popular for photographs with backdrops and quite often had a boat to one side which people sat on, with sand on the floor to complete the seaside effect. Unlike today, the beach came up to the Clock Tower area in those days.

Some photographs which depict the year in which Skegness Clock Tower was opened (1897 – Queen Victoria’s Jubilee), show one of Smyth’s Studio’s. This looks like a large wooden hut on the corner of Lumley Road and the Clock Tower, with ‘Smyth’s Studio’ written on the side (see below). 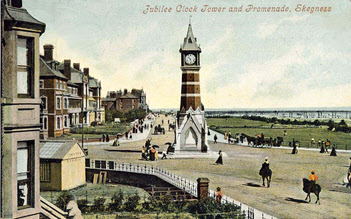 Charles became the Choirmaster for the Wesleyan Church in Skegness (now the Methodist Church) and his daughter Winifred was the organist. They both have individual plaques located in the church in their honour – see below. 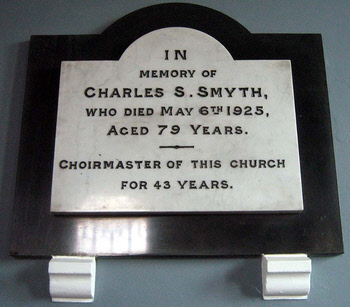 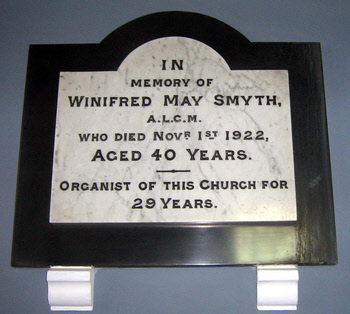 Harry Aldeburgh Smyth, Charles’ son, served in the Great War as an aerial photographer in the Royal Flying Corps, taking and processing early reconnaissance pictures of enemy trench locations and crashed aircraft. There are various pictures remaining in the family today of his work. The picture below shows Harry in the RFC and the wording on the miniature tripod in the picture says ‘Half size – for children and dogs’. 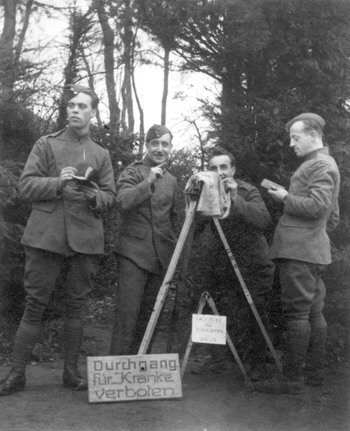 Harry Aldeburgh Smyth came back from WW1 to carry on photography and the photography business changed its name to ‘Smyth & Sons’ sometime after 1919. Harry eventually took over the business when Charles died on the 6th May 1925 at the age of 79.

The business of Smyth’s was believed to have been sold to Wrates photographers of Skegness by Harry in the 1930’s. 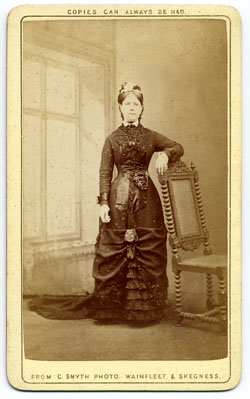 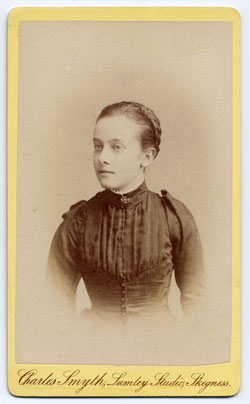 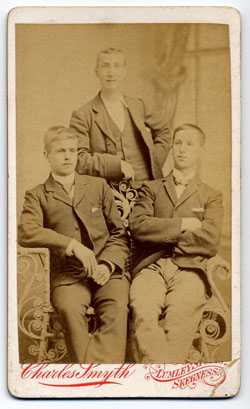 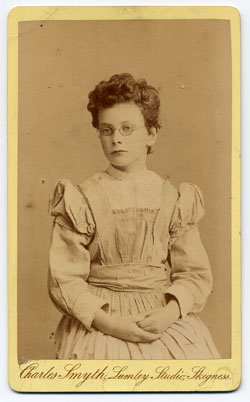 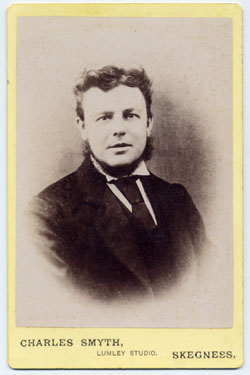 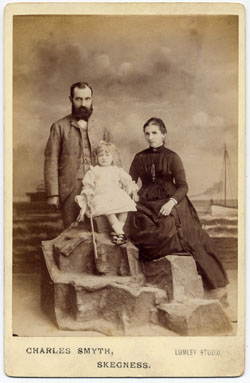 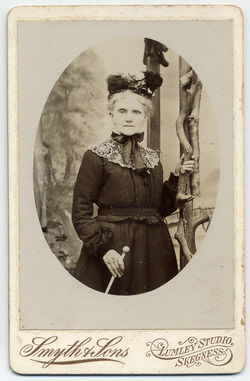 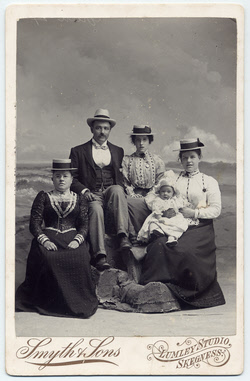 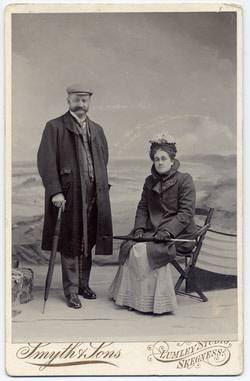