Robert started his photographic business as a photographer of notable buildings and also of agricultural equipment. He opened his first studio in Ipswich, Suffolk about 1852 and later had another studio in the centre of town until the late 1870s. He died in 1879.

Robert’s son Alfred Henry Cade and his son in law John White carried on the business after Robert’s death.

1861 – aged 40 – an artist, photographer and watchmaker living in Ipswich with his family

1871 – aged 50 – an artist and photographer living in Ipswich with his family.

Robert Cade’s parents. Robert’s father, also named Robert Cade, had lost his own father when he was 6 and had served an apprenticeship with the Drapers Company of London in order to become a free man. Robert’s father was a printer and his family lived on Hill Street in London. He married Robert’s mother, Fanny Walker, at St Luke’s, Old Street in London on December 8th 1816 and their first child, Elizabeth Frances Cade, was baptized as a non-conformist but died young and was buried at the age of three in Bunhill Fields in London.

Robert’s father and mother and their family of three small children later moved out of the city of London to Ipswich where, at the invitation of the vicar, he started a school for boys at St. Clements Church. One can only guess that this young father yearned to move his family out of London to a place where life might hold more hope and opportunity.

1841 However, by 1841, Robert had left his parent’s home and was back in London learning to be a jeweller and a watch and clock maker. Possibly through the family he lodged with, Joseph West and his wife Esther West (nee Underwood), he met Maria Underwood, the daughter of Jeremiah Mayhew Underwood, an established butcher in down town London. Maria was a school mistress and had been born on the 16th November 1821 in London Road, St. Georges, Lambeth, Surrey – the year after Robert.

1842 On January 4th, Robert and Maria got married at St. Botolph Without, Aldersgate, London and their first home address was 8 Regent Street, right off Piccadilly Circus.

1842 They had their first child, Robert Arnum Cade, later that year and he was born in Vauxhall, London and baptised at St. Botolph Without, Aldersgate in 1843. Seven more children were to follow. Robert Arnum Cade was listed in the 1861 census as a grocer’s assistant living in St. Marylebone, London. He emigrated to the USA sometime prior to 1867 where he met Ella Maria Randall and married her at the First German Presbyterian Church Rivington Street, New York and they had four sons. He died in the USA in 1893 at the age of 51.

1842/3 Sometime between the birth of Robert Arnum Cade and Alfred Henry Cade, Robert and Maria moved to Ipswich where Robert’s parents lived and Robert established a successful jewellery business in 1843 at 2 Fore Street, Ipswich as an engraver and watchmaker. Robert ‘became interested in photography in the early 1850s’ and ‘began as a photographer of mansions and estates’. (per Heathcote).

1843 Robert was an ardent Methodist and Robert and Maria instilled in their children creativity, strong Christian values, a sense of adventure, an understanding of community and the dedication to pursuing their dreams. Their second son Alfred Henry Cade was born in 1843 and he eventually took over his father’s photography business. He died in 1927.

1845 A third son, William Walker Cade, was born in 1845 and in later life worked as a police constable in Wales but died relatively young in 1882.

1847 Robert’s first daughter was born in 1847 and named Clara Maria Cade. She grew up to marry John White in 1873 at Trinity Church, Allahabad in India. John was a photographer in India and he also studied with the esteemed firm of photographers, Disderi & Co. in Hanover Square, London. Clara died in 1932.

1851 Robert was also instrumental in seeing that the Wesleyans were established in Ipswich that year and they had further cause for celebration when they built their own handsome meeting hall on Museum Street in 1860.

1852 By 1852 the Cades had moved around the corner to 10 Orwell Place, Ipswich where Robert went on to established his reputation as a photographer. It was here that Robert and Maria added another daughter to their family and named her Ellen Jane Cade. In adulthood, she married Benjamin Antill, a civil engineer. Ellen died in 1904.

1854 On August 26th a notice in the Ipswich Journal described Robert’s photography business (see below). His services included tuition of ladies and gentlemen and the supply of chemicals and instruments. This was advertised as being at St Clement’s. 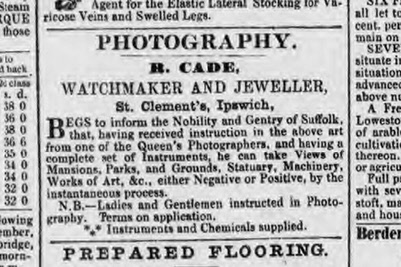 1854 Robert’s son Charles Walter Cade was born in 1854. He attended Framlingham College when it first opened; the college was built in the small town of Framingham just to the north of Ipswich to honour Prince Albert after his death in 1861.  Charles Walter Cade grew up to be a manager of the Army and Navy Stores in London and then established his own business in Southend on Sea. Charles died in 1935.

1855 By March of 1855 Robert had met the esteemed Frederick Scott Archer (1814 – 1857) who is credited with developing the collodion process. Robert had ‘set up a glasshouse at his premises (10 Orwell Place) to take collodion portraits and, in the same year, made a portrait of Frederick Scott Archer’ (see below), a positive on glass, which was featured later on in Robert’s exhibitions. 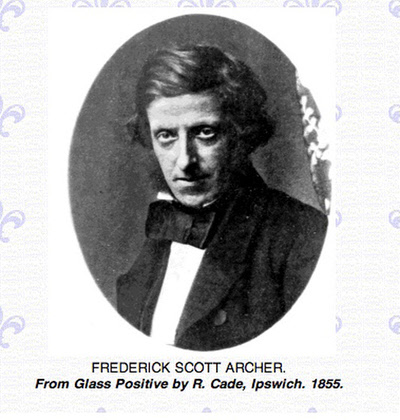 Per ‘The Evolution of Photography’ by John Werge

Though Robert’s interests diverted to photography, Robert continued as a watchmaker and clockmaker, creating a masterpiece that was located in the Northgate Street Public Library.

1856 Edwin Arthur Cade was born in 1856 and followed in his father’s footsteps. After an education at Framlingham College he later became a photographer and also an ardent Methodist. He achieved success in founding the Anglo Ashanti Gold Mining Company in Obuassi, Ashanti, Ghana – a thriving mining business that grew, because of his endeavours, from a village of a few huts to a town of 8,000 employed people and whose control is in the hands of the people of Ghana today. Tragically Edwin died young in 1903 at the age of 47 (45 according to his obit). He died of malaria and is buried in the town he helped to develop. The Edwin Cade Memorial Hospital, funded by the gold mining operation, is still continuing to work toward a cure for malaria – see more information at the very bottom of this page after the Gallery of Robert Cade’s pictures.

1857 An article in the Ipswich Journal on May 16th 1857 describes how Robert demonstrated the collodion process to local business leaders when he hosted a meeting of the Ipswich Philosophical Club in his own studio at Orwell Place (see below). He used artificial light to photograph two pages of ‘The Memorials of Ipswich’ which could be clearly seen with the naked eye. 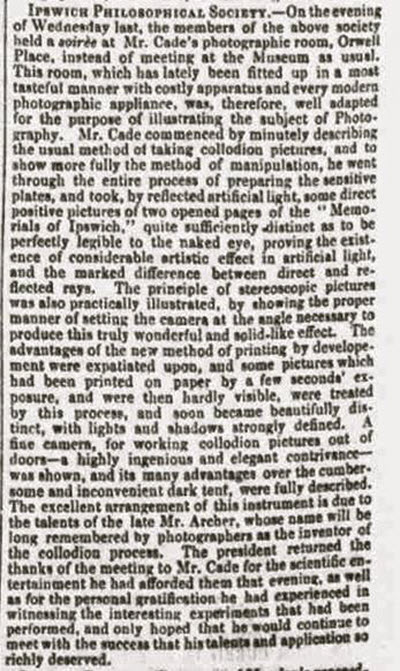 1857 Robert obviously travelled about the country taking a portfolio of photographs of fascinating public buildings (Kings College, Cambridge; Ely Cathedral, Norfolk; Sparrow’s House, Ipswich), and the amazing new agricultural equipment that came with the Industrial Era. These photographs were exhibited at

A listing of these 120 photographs can be seen in the listings from Victorian Exhibition Catalogues at http://peib.dmu.ac.uk

1858 Robert’s own parents sat for two beautiful coloured portraits in 1858 when Robert senior’s 31 year career as a teacher was celebrated (see below). 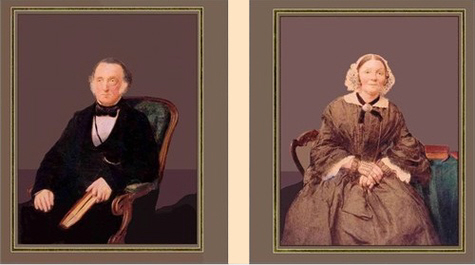 Coloured photographs of Robert Cade and his wife Fanny Cade 1858

A beautiful pair of cartes de visite taken in Robert’s studio in the early 1860s show Robert and Maria artistically posed in front of the same studio background. 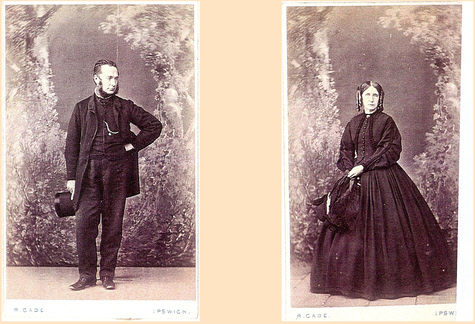 1862 Robert exhibited photographs at the International Exhibition in 1862 and a report of the exhibition mentions his name extensively – see below.

Report of photographs by Robert Cade at the International Exhibition 1862

1864 (approx) A self-portrait taken about this time reveals much of his character and his interest in science and academia -see below. 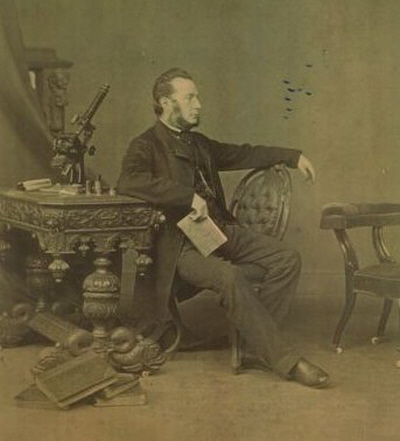 1865 The photo below was taken to mark the occasion of his daughter Clara’s first ball and was presumably made by one of Robert’s assistants. 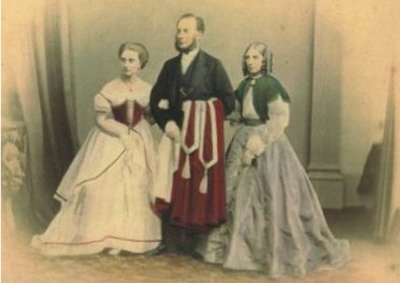 1869 A notice in the Ipswich Journal on August 28th 1869 describes the beauty of a (5 ft x 3.6 ft) tall portrait that Robert took of Mayor Edward Packard of Ipswich (see below). 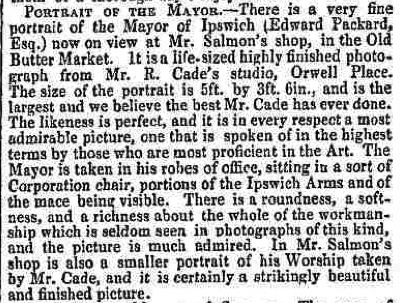 1870 The photograph below is said to have been taken in 1870 of Robert, Maria and their family. The photo comes from Charlie Cade in Canada. Charlie says: The back of the picture states this is Robert Cade and his wife Maria (nee Underwood) and their family. It says the picture was taken by one of his apprentices in 1870 and includes – standing Charles Walter Cade, Clara Maria Cade, Alfred Henry Cade and Robert Arnum Cade. Sitting Edwin Arthur Cade, Robert Cade, Maria Cade, Ellen Jane Cade and Ella Maria Cade (wife of Robert junior). 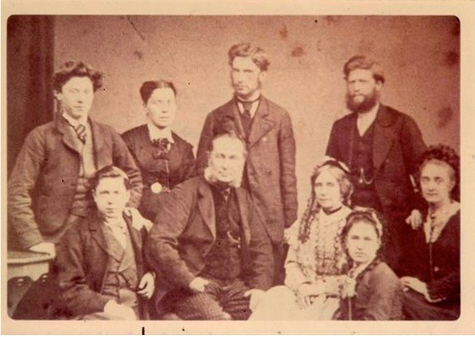 A photograph of Robert Cade and his family taken in 1870

1873 By 1873, Robert’s business had expanded such that he relocated to Cornhill, the centre of Ipswich, and opened a photography studio at 4 Westgate Street, where he continued for the next five years. It is thought that Robert, in this same year, photographed Edward Fitzgerald who was a poet living in Suffolk and who translated the Rubaiyat of Omar Khayyam.

1879 Sadly in April 1879, Robert was forced to place an announcement in the Ipswich Journal announcing that he was turning over the business to his son Alfred Henry Cade and his son-in-law, John White trading as Cade & White. (See below) 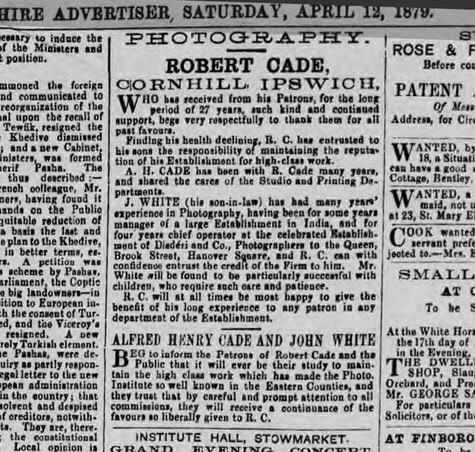 1879 Robert was treated in London at 3 Beaumont Street, the site of what was to become the Sister Agnes Hospital. He died on October the 22nd of ‘sarcoma of ‘thyroid gland debilitas’ at the age of just 59. Edwin, his youngest son, was with him at his death.

Robert had had an eventful life which appears to have been successful and fulfilling with his interests in family, church and community. He had been a Freemason for all of his adult life (although this was not indicated on his cdv mounts – a common practice at the time) and he participated in the establishment of their proud new building in 1879, shortly before his death.

Robert was also active in his community, including becoming the Secretary of the Ipswich Yachting Club to which he donated engraved silverware for their yachting competitions.

Robert’s will was proved by his wife Maria Cade and his son Alfred Henry Cade on the 15th of December 1879 and shows that he left an estate of under £800.

Examples of Robert’s photography are shown below:

A lovely PAIR of cartes de visite by Robert Cade:

Some interesting notes about Robert Cade’s son Edwin A Cade: 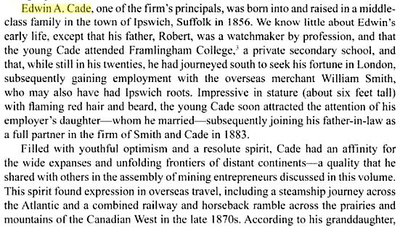 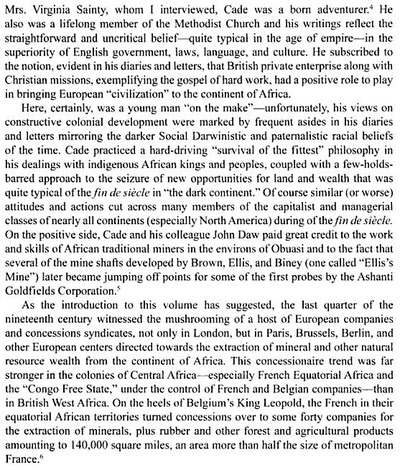