Gaudenzio opened his first photographic studio in the Holloway Road, London in 1862 and by 1865 had formed a partnership with Jacob Monte (sometimes called Monti) in the same place.

In August 1867 the partnership broke up and each photographer went his own way.

Gaudenzio moved studio a couple of times along the Holloway Road and in 1874 he ceased to advertise and presumably closed his photographic business.

Giuseppe Maria Paolino Gaudenzio Diviani was born in 1833 in the tiny mountainside village of Campello, Switzerland.

Diviani is a Swiss Italian name originating from the Leventina Valley (just south of the St. Gottard Pass, on the Italian side of the Swiss Alps) in the Southern part of Switzerland called Ticino.

Ticino is the most southerly Canton in Switzerland and borders Italy. Its religion is mainly Catholic and the first language is Italian, although French, German and a local dialect are spoken too.

Campello and Calpiogna are mountain villages perched on the mountainside of the Leventina Valley and historically, in order to support their families, the men folk migrated into northern Italy then to France and England in order to work for a living.

Gaudenzio was baptised in the Roman Catholic Church of St. Atanasio, Calpiogna, Switzerland on 7 July 1833. He was the second of four sons born to Felice and Maria Diviani (nee Diviani) and was one of eight children. According to Gaudenzio’s marriage certificate in 1867, Felice was a farmer. 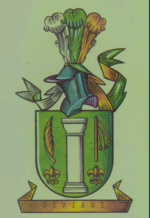 By 1861, at the age of 27 and still unmarried, Gaudenzio was living at 5 Sidney Place, Mile End in the East end of London, England.

At that time he was a confectioner, which was a common occupation of Swiss immigrants, and he was living with his cousin, another confectioner, called Clemente Diviani.

Gaudenzio opened his first photographic studio in the Holloway Road, London in1862 and by 1865 had formed a partnership with Jacob Monte (sometimes spelled Monti) in the same place.

On 30th January 1867, at the age of 33, he married Elizabeth (Ellen) Ealand at Holy Trinity Church, Marylebone Road, London. Elizabeth was born in Boston, Lincolnshire and baptized on the 2nd Feb 1832, at St. Botolph’s in Boston. She was the daughter of John Ealand, an ironmonger, and Lucy Ealand (nee Green).

In August 1867 Gaudenzio’s business partnership with Jacob Monte broke up and each photographer went his own way. The announcement in the London Gazette read as follows:

“Notice is hearby given that the Partnership, hitherto subsisting between us the undersigned, Gaudenzio Diviani and Jacob Monte carrying on business at Railway-place, Holloway Road, in the parish of Saint Mary, Islington and at No. 4 Greenland-place, Camden-town, in the parish of Saint Pancras, both in the county of Middlesex, as Photographic Artists, has this day been dissolved by mutual consent. Dated this 12th day of August,1867.

Later that same year, on the 31st October 1867, Gaudenzio became a father when his son Felice Diviani was born at Railway Place, Holloway, Road, Islington. 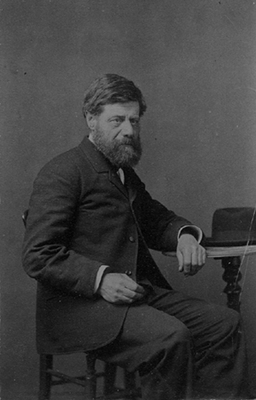 By 1872/3 the Post Office London Directory shows he has moved his studio to 276 Holloway Road and in 1874 he ceased to advertise and presumably closed his photographic business.

In the 1881 census, Gaudenzio was living at 6 Station Road, Tottenham, London N. with his wife Elizabeth and son Felice (recorded as Felix) who was then aged 14. The census shows that he had returned to his original occupation as a confectioner. Interestingly, although he would have been 48 at that time, the census states that he was only 43 whilst Elizabeth was shown as being 42.

In 1891, Gaudenzio Diviani, as a widower at the age of 58, was living at 2 Station Road, Tottenham, London N. with his son Felice and his daughter in law Harriett. Both Gaudenzio and Felice were listed in the census as confectioners.

In the 1901 census, Gaudenzio then aged 66 was a British Subject and was still working as a confectioner. He was still living with his son and family at Alexander Boys & Girls School, Western Road, Wood Green, London as Felice had changed his occupation and was the school keeper.

Examples of Gaudenzio’s photography are shown below.