Arthur Alfred Woodbridge worked as a photographer in Tottenham, London from approximately 1891 to about 1908.

By 1911 he had changed his career and had become a carpenter.

Arthur Alfred Woodbridge was born on the 29th April 1873 at Nelson Road, Harrow in Middlesex. His father, Joseph, was 29 and his mother, Sarah, was 26.

By 1891, when Arthur was 18, the family had moved into north London. They were at 1 Newton Road, Tottenham and he had eight siblings. He eventually had five brothers and six sisters.

At that time Arthur was recorded as a photographer and it appears that he must have been an employee for someone else as there is no record of him having his own studio.

On December 25th 1892 (Christmas Day), at the age of 19, Arthur married Lucy May Bebbington at Hackney Parish Church in London. It’s interesting to note that the address that was given at the time of their marriage, 54 Mare Street, was at that time a photographic studio belonging to Thompson Fisher – maybe Arthur was working there.

By 1900, Arthur had opened his own studio and he styled himself as an ‘Artist and Photographer’. He owned a business called the Dorset Studio at 587 Seven Sisters Road, Tottenham, London N.

In 1901, at the age of 27, he was listed in the census as a photographer and lived in the premises occupied by his studio.

Arthur advertised the Dorset Studio in trade directories from 1900 until 1904 and it is possible that he had the studio after that time but did not advertise it.

By 1908 the studio was owned by a different photographer called Charles Alfred Samuels.

According to the census in 1911, Arthur had changed his career and had become a carpenter which was the family trade for the Woodbridge males dating as far back as 1634 and which is still the case today. Many members of the Woodbridge family, however, still have a keen interest in photography.

Today’s family members were told by their father, Bert Ernest John Woodbridge, that Arthur had to stop working as a photographer because he became ill working with photographic chemicals – a not unusual scenario. 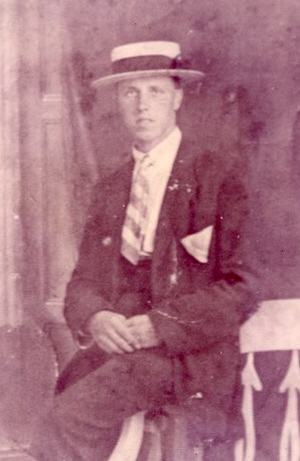 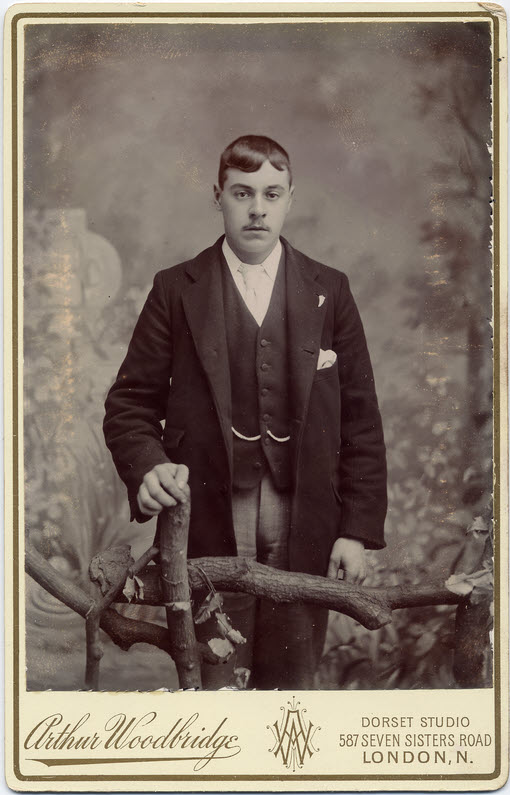 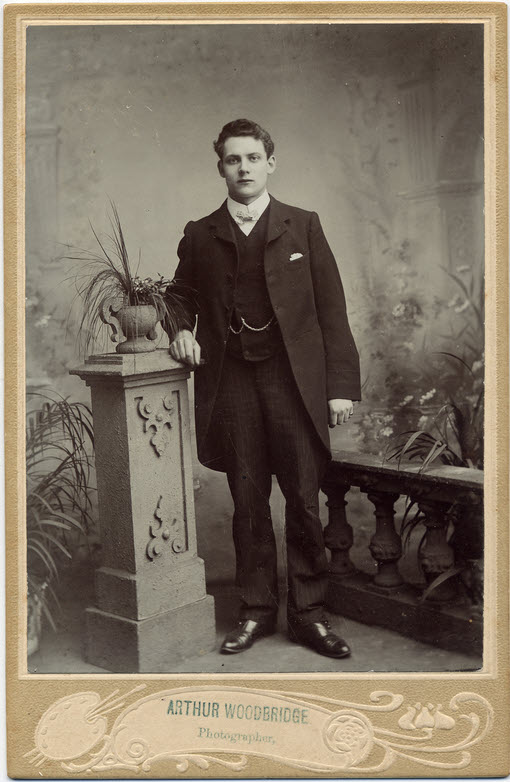 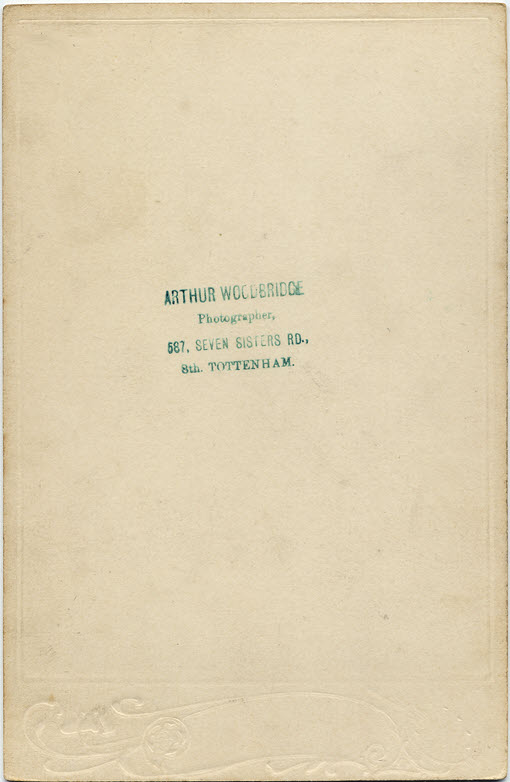