John Walker Thomas Blase was in the photographic business in three different studios in Liverpool, Lancashire for 45 years from 1880 to 1925.

John Walker Thomas Blase, was the second son of Thomas Blase and Ann Blase, nee Hewer. John’s father, Thomas, (who was baptised in Broseley, Shropshire) was a searcher, landing and coast waiter in His Majesty’s Customs, Port of London and lived in Stepney, Middlesex.

John Walker’s brother, Thomas, grew up to be a soldier and joined the 2nd. Dragoon Guards. Thomas died in the Punjab in India.

John Walker Blase was born on the 17th December 1838 and was baptised in Limehouse, London on the 27th September 1840.

When John’s father, Thomas, died in 1843 he made his wife his sole executor. She sent John Walker to the British Orphanage Asylum in Clapham which gave children of ‘good’ families an education fitting their background. Many children were fatherless. Thomas’ will of 1837 is shown below.

The British Orphan Asylum was founded in 1827 based at Kingsland Green in London for ‘gratuitous board, clothing and education of destitute orphans of both sexes of those once in prosperity of all denominations in every part of the British Empire’. In 1834 it moved to Clapham in London and to Mackenzie Park in Slough, Berks in 1863 when it became known as the ‘Royal British Orphan School’ 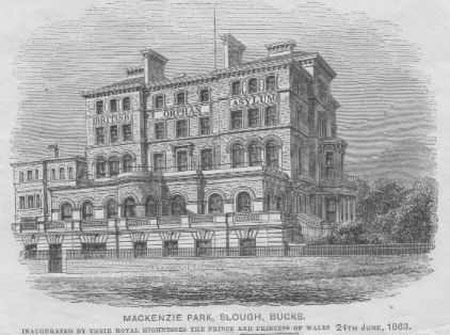 John Walker’s mother died in 1849 and John continued at the school. In her will she left John Walker ‘a little pocket money every two months’ and his dad’s ring and seal. Ann’s will of 1848 is shown below.

In 1851 John Walker Blase was aged 13 and was a student at the British Orphanage Asylum, Clapham, London.

After leaving school, John Walker Blase used his money to set up as a tea dealer in West Derby, in Liverpool.

John Walker Blase (for clarity, hereafter referred to as John) met Charlotte Gorsuch, daughter of hairdresser, John Gorsuch and his wife Margaret, and married her in 1860.

Unfortunately, in the same year, John was declared bankrupt and the following is from the London Gazette, February 11th 1862. 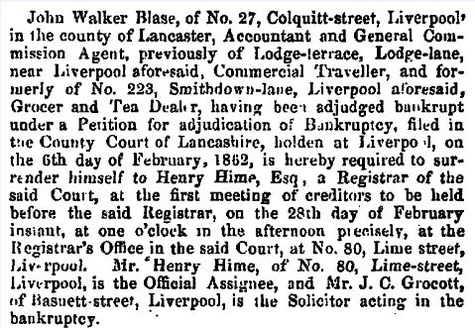 After his bankruptcy, John decided to emigrate to Canada. Emily Victoria A Blase was born in Canada in 1864 and Ellen Walker Cooke Blase two years later in 1866.

An accent sometimes appears on the e of John’s surname (i.e. é). Although there is no evidence of a French heritage his son was called Pierre. Possibly he lived in the French speaking province of Quebec in Canada.

John Walker moved his family once again, this time to New York, and Hester Addison Charlotte Maud was born there in 1869.

In the 1870 US census for New York, John was living with Charlotte and was described as a book seller. He was also mentioned in the trades’ directories for New York of that year.

The family did not stay in New York for long and returned to England to live with John’s parents-in-law in Litherland (just north of Liverpool), where they were named in the census of 1871.

In 1880 John Walker became a photographer, a profession at which he was successful. Some of his photos he took survive today and an example of one is held at the National Archives, that of F E Bacon, the runner at Rochdale Sports, June 1897.

His first studio in the Liverpool trade directory of 1880, was the Phoenix Castle Studio at 6 South Castle Street.

In the 1881 census John was aged 42, a photographer and living at 17, Longfellow Street, Toxteth Park, Liverpool with Charlotte, aged 36, and their eight children ranging from Emily (a photographer) at 17 down to Charlotte, aged one – see below. Pierre was recorded as Pierce Blase.

Sometime between 1882 and 1889 John moved his studio to Church Street, Liverpool but by 1891 he was advertising his photographic services from his home address at 17 Longfellow Street, Lodge Lane, Toxteth Park, Liverpool.

John had a most unusual design on the back of some of his photographic mounts with a picture of a cat and the expression ‘STROKE BUT DO’NT (sic) RUFFLE’. The reason for this is not yet clear. 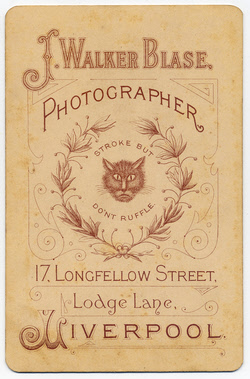 In the 1911 census, John Walker Thomas Blase and his wife Charlotte were still at 17 Longfellow Street. Daughter Charlotte was still at home as was his son Bishop, who was working as a labourer at Garston Bobbin factory. Interestingly, the census shows the number of children born to the marriage and to the couple as 17 children born alive; with only 9 surviving.

Here is the only known photograph of John Walker Blase – probably taken around the time of WW1. 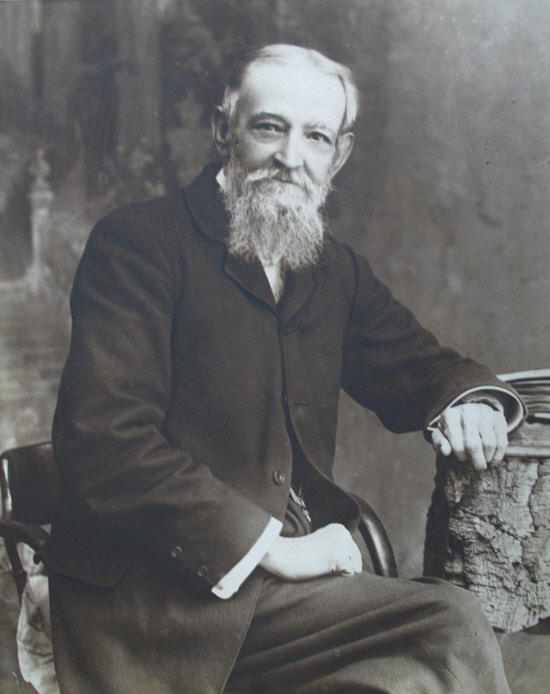 Examples of John’s photography are shown below.