William worked as a portrait and miniature painter and photographer in Dorking from 1860 until he sold the business in 1907. He had three different studio addresses in Dorking.

William Usherwood was born about 1822 in London, Chelsea, Croydon or Marylebone, depending on which document you look at.

By 1841, the census records him as being in Islington in London and by 1851 he was still in London in Marylebone.

William was a portrait and miniature painter and they (probably) lived at 95 Mary Street, Marylebone, London. According to the birth place of their first child, they moved to Walton on Hill near Dorking in Surrey shortly thereafter).

It is said that William took the first ever photograph of a comet when he photographed Donati’s comet in 1858, unfortunately, the picture itself has been lost.

At the age of 35, William moved his family and his business to Dorking and lived at Walton Villa, (possibly a link with Walton on the Hill) Falkland Road, later called 82 Falkland Road.

Sometime between 1882 and 1887, the family moved to Shrub House at 32, High Street, Dorking on the corner of Mill Lane, and William had his studio at that address.  He was still there at the time of the 1901 census.  The High Street was renumbered in the 1930s and number 32 is now number 145 and is currently the site of the Original Factory shop.  Shrub House was demolished sometime in the 1930s. 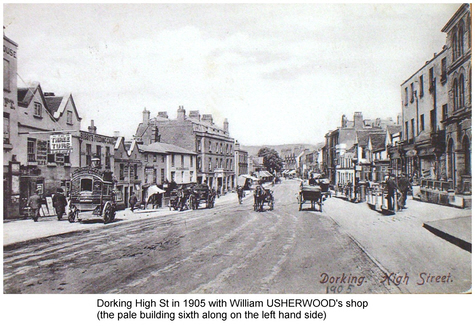 By 1907, William sold the business to John W Moorhouse, retired and moved to Sefton Villa, North Holmwood in Dorking. 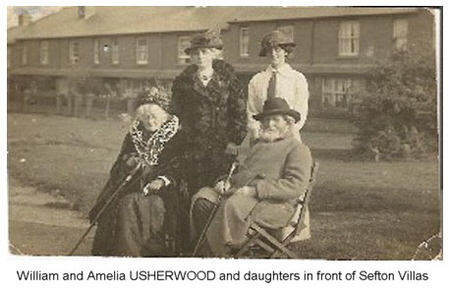 As was common in those days, the younger daughters Florence and Rose (Rosina) stayed at home to look after their parents and probably never married.

William and Amelia celebrated their 60th wedding anniversary in 1913 (see picture below). 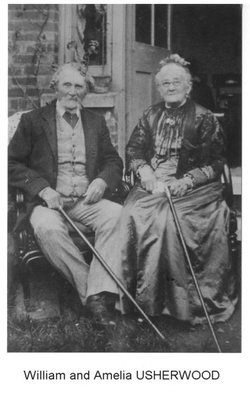 According to an article on his 60th (not 70th as stated in the article) wedding anniversary, William did well in his life, working as a portrait and miniature painter of, among others, Queen Victoria, Princess Alice and the Duke of Wellington.

Kate and Rose were still living together in 1949.